Last November, Deva-Europe launched a new program of help for the most needy in Nagwa, which is the neighborhood located at the extreme south end of Varanasi. We called this program Sun, “Surya” in Hindi, a way of giving hope and introducing sun into the lives of these people. For this purpose, Uphadyaji, who has known this district for more than thirty years, has taken on the task of finding those poor people who are abandoned by all and who have fallen into a state of miserable loneliness and helplessness.

Most of those most in need of help are elderly and widowed people or young widows in charge of their children.

Vimla Choudhury, formerly our teacher at Gangotri school, has now been given a suitable activity as an assistant to Uphadyaji and Dr. Sharma, our doctor at the Deva Center, is also participating in this program.

We started the program last March after having identified about 20 people in desperate need of help.

On the one hand we take care of street children by taking care of them after school. They go to school through the various NGOs in the neighborhood but have no place to go after classes are over, nor a trained and literate person to help them in their studies, and to give them a chance to  play or to be creative. This serious problem has now been resolved. It is Vimla who receives them and helps them in their studies – and their games. 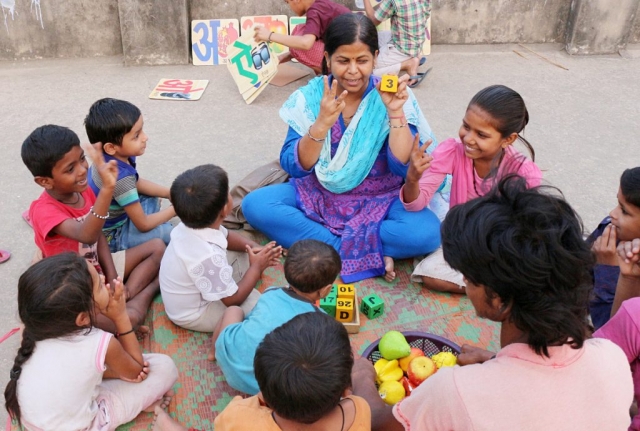 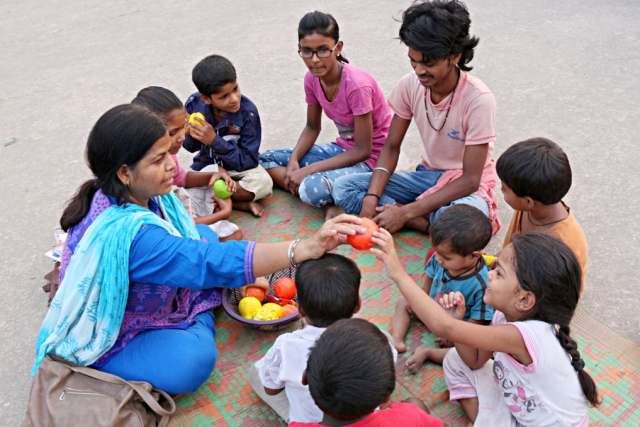 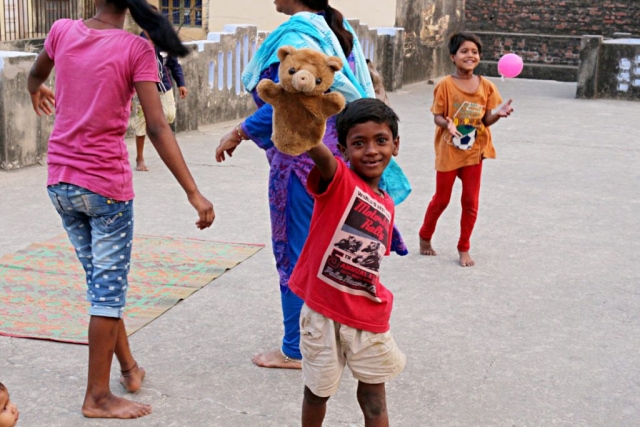 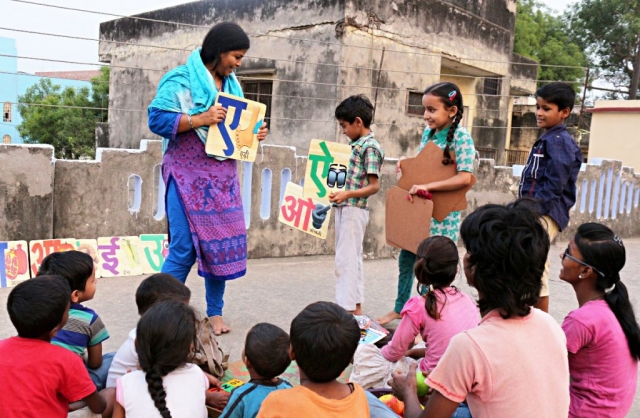 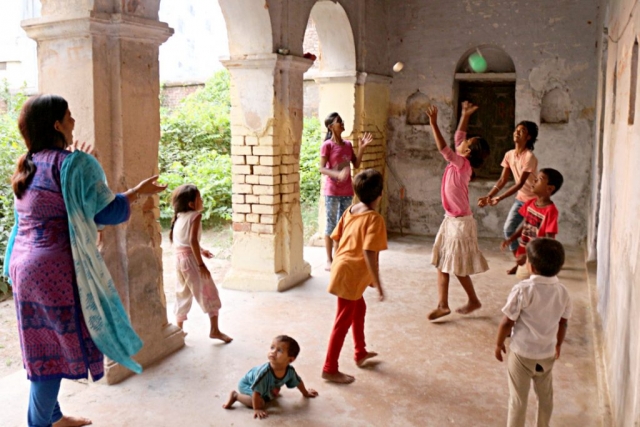 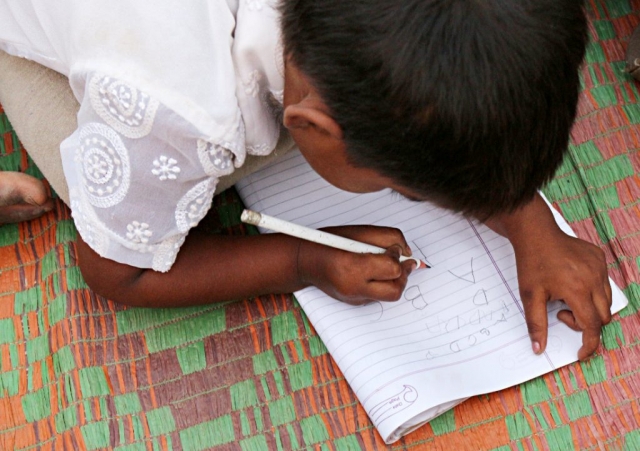 On the other hand widowers and widows who are very old and totally abandoned as well as an isolated case of an orphaned illiterate adolescent and his three brothers and sisters are now taken care of. For this young man we have set ourselves an immediate goal, teaching him so that he will be able to read, write and count before the end of the year. He participates in classes with Vimla. 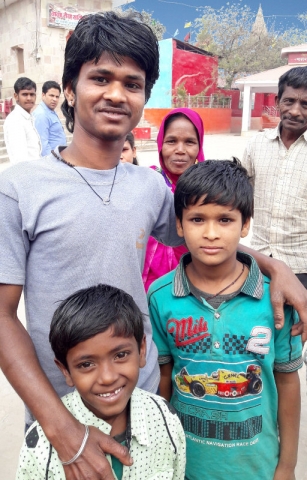 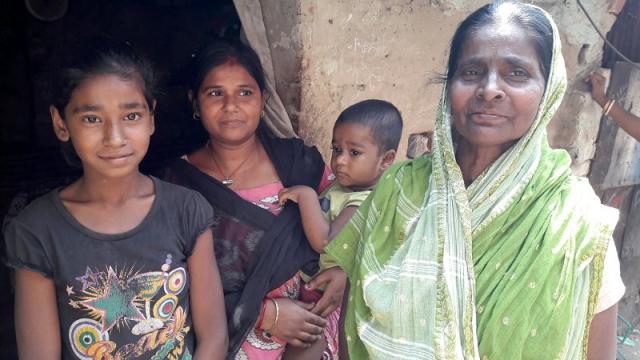 For all of these people in great need of assistance, we have set up a food  program and we have motivated the women to organize themselves to prepare meals, for everybody to meet and to create a community of mutual help in this place which we will talk to you about. It will bring some sun into their lives, a way to break their sense of being abandoned and their loneliness.

We have ever since 2000 been hoping that we might be able to restore an abandoned palace from the 1930s. It is a trust, the Vedic center “Ruiya Pathshala” which was created by a family from Calcutta and is currently in a legal vacuum, which led to its being abandoned. Thanks to Uphadyaji we managed to obtain the agreement of the person in charge to use it and to welcome these children and these old people. We have now taken the first big step to acquire this wonderful place, maybe temporarily, but right now  we are there. The future will tell us if we can take it over entirely. We will do everything possible to achieve this goal. The Surya program has found its home there. It is located in Nagwa just a stone’s throw from the Ganges and from Assi Ghat, an ideal location to help the wretched in this district.